Farewell To Gibby and the Legendary Bob McClure

So the Royals have parted ways with Pitching Coach Bob McClure and Bench Coach John Gibbons.
After 3 years John was a staple of the Royals bench and hangover from a drunken night out on the Trey.
McClure, well Bob was the Royals Pitching Coach forever.  A staple of Kc for 6 years. People would come out to watch  a 90+ loss team night after night just hoping to catch a glimpse of the legendary Bob McClure. After all he did for Kc only to be let go.

And now with the addition of former Braves Bench Chino Cadahia, talk around town is maybe a former Braves pitching coach might end up in Kc, but enough about that.

What we should really be asking ourselves is what are Bob and John going to do in this rough economy ? I mean you can't just go out and get a job !
So I've decided to help, it's the absolute least I could do. 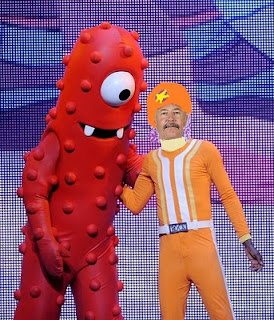 Substitute for DJ Lance of Yo Gabba Gabba ! 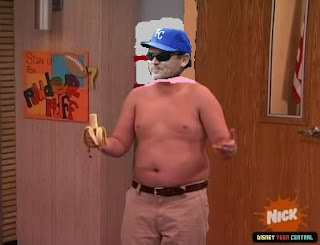 Watch out ICarly fans because Gibby is replacing Gibby.

Best luck to both guys in their future endeavors unless of course they face the Royals
Sorry about the edits I could do better just didn't feel like it.
Posted by Ray W at 2:34 PM